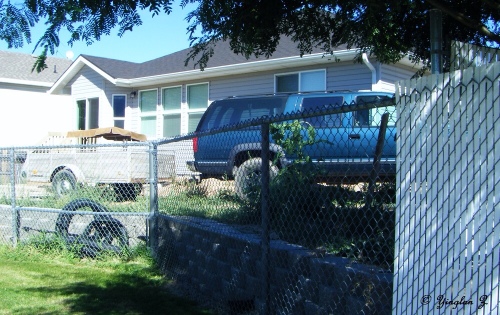 This week’s photo prompt is provided by Yinglan Z!

Milo’s neighbor has green skin and a pointy nose. She hit Milo’s cat with her big car. Uncle Gordon was very angry, but said there was nothing he could do.

We took her chicken, Pecker, while Mrs. McGee went out to get groceries. She probably eats quinoa and broccoli. Yucky. Aunt May doesn’t make me eat all my vegetables like you do.

We waited underneath the oak tree for her to come home and notice that Pecker was gone.

We started to feel bad when she started yelling. That was how he was when Stripes didn’t come home.

We walked to her scary front door. She grabbed the chicken from Milo and we ran away.

The next day Milo’s dad brought in a box. Inside was a fluffy black cat. Mrs. McGee came inside and said the cat was for him. He named him Chicken. I don’t think the grown-ups understood.

Mrs. McGee skin isn’t green anymore, but, mom, I still think she has a pointy nose.

I wrote two versions of this, but I think this one was the cutest. I don’t know if I did the prompt justice, though.

his week’s photo prompt is provided by Louise with The Storyteller’s Abode!

He always walked down the same path every Wednesday afternoon. For a week or two, three o’clock came and went without a trace of him. I kept waiting that day until he showed up again and with a new addition; a beautiful black Labrador, enthusiastically trying to get away to go and say hello to the other dogs in the park.

“I found him on my way home one night. Poor guy was all alone and hungry.”

“Is that why you were missing in action for a few weeks?”

“I wanted him to settle in before introducing this into the routine.”

“How does Bella feel about the new addition?”

Peter sighed and sat back against the bench. “She left,” he said. “A few days before I found the dog.” He pulled himself up after my long pause. He whistled to the her. “Come on, Bella. Let’s go home.” 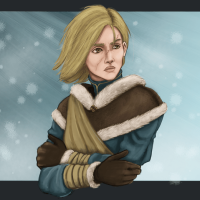